Posted on the Public Services and Procurement Canada site, October 26, 2017. 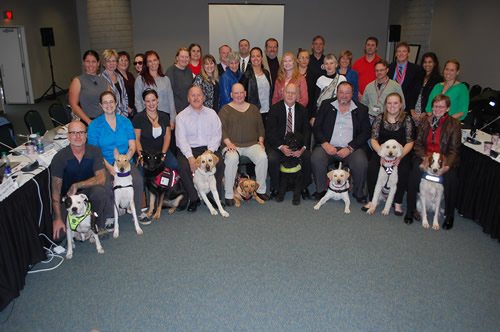 The CGSB Committee on Service Dogs is pictured here from a 2015 meeting. The most recent, sixth committee meeting was held from September 20 to 22, 2017 in Gatineau, Quebec.

The following points summarize the key outcomes from the sixth meeting of the Canadian General Standards Board (CGSB) Committee on Service Dogs held from September 20 to 22, 2017, and help explain the progress made to date on this Standards development work.